Gail Simmons, a culinary expert, visited Babson College on October 24 and facilitated a round table discussion. The topic was on food distribution for the poor who often do not get an access to healthy food. People who joined the discussion were students, food entrepreneurs, and Wellesley residence community. All participants had a chance to speak up on their own idea on how to solve problems. 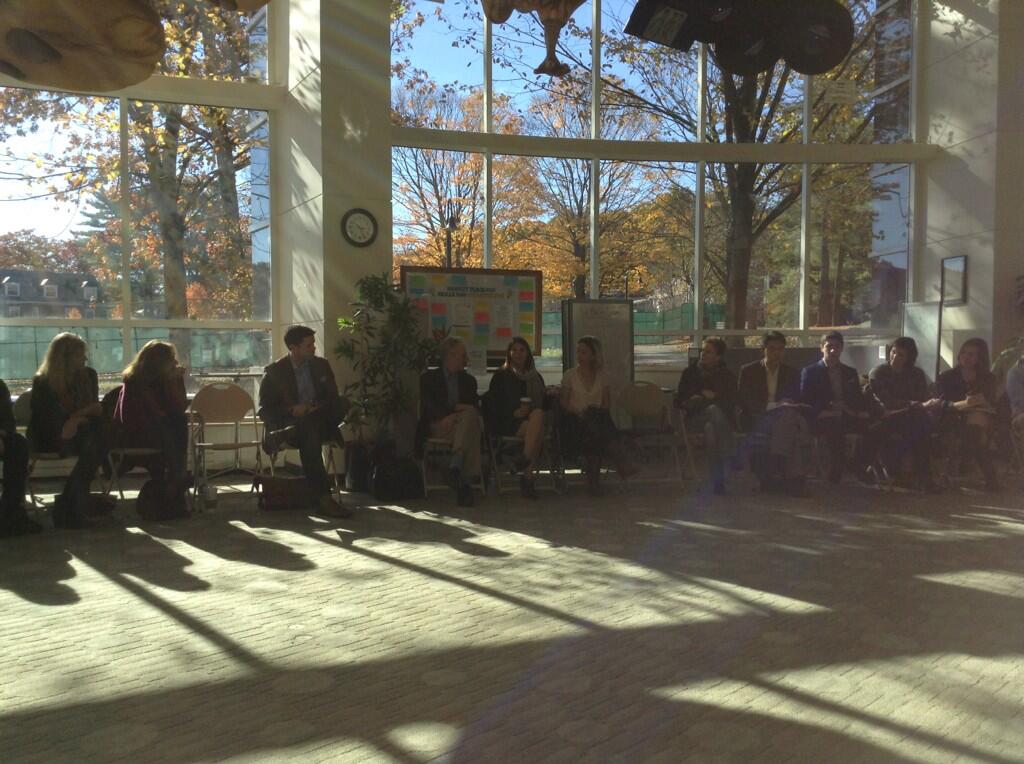 Food insecurity is a world problem that many successful international organizations have not solved effectively. Food distribution is a complicated process that cannot be simply explained by logic. In the United States, a bag of chip costs one third of an apple. Since people demand chips more than an apple, distribution system is developed in such way. One of the most convincing solutions is to change eating habits. In today’s world, a child’s perception of food is pizza, mac and cheese, chicken nuggets, and hot dogs which are nutritiously unbalanced. Those are types of food that people get on daily basis, which can lead to certain eating habit. As they do not have enough money to purchase healthy food and get away from frozen food, food insecurity problems will trigger.

Interestingly, one of the participants at the Community Table brought an interesting point. In Thailand, the situation is exactly reversed. Only rich people afford western food, which is implied as unhealthy food previously. Poor people rather have healthier food habit since all they can afford is vegetable and fruits. Such a contradicting situation brings back to insufficient education on food.

Entrepreneurship can start with small scale. It is not about revolution. Rather, it is rather about raising awareness incrementally. Every small action that you take brings substantial effect. If you are an entrepreneur interested in food insecurity issue, take an opportunity and contribute to humanity. Food insecurity is transcendent problem in the world whether a country is rich or poor. Be more aware of the food problem around you and consider how you can help to solve the problem.